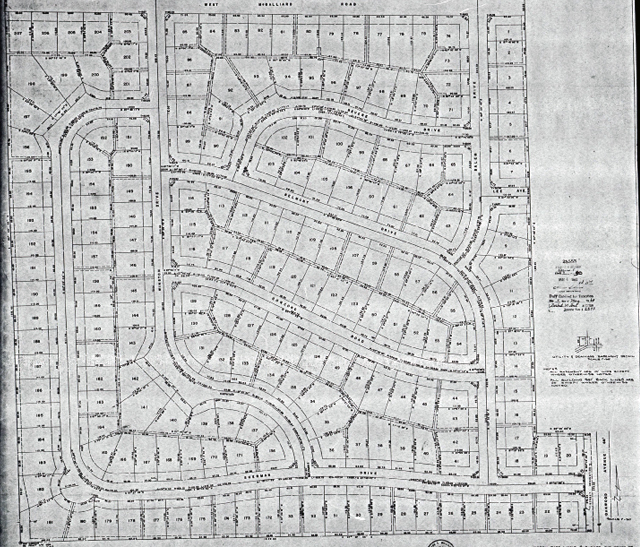 Click here to view the Plat Map of the Layne Crest Addition.

Layne Crest was created in 1960 by contractor Bob Layne as a single-family residential addition. It is a quiet neighborhood and one of the few neighborhoods surrounding campus that is almost completely owner-occupied.

The approximately 10.55 acreage along McGalliard Road (referred to as the "Bradburn property") has been in constant turmoil since the late 1960's when Bob Layne sought to vacate the plat for commercial development. This action led to a long legal battle that ultimately landed in the Indiana Court of Appeals in 1973 and with a permanent injunction granted against any commercial use of the land of Layne Crest.

Numerous attempts since then have been made to rezone the property. Each time, the property owners have sought to maintain the character of their neighborhood and protect the integrity of the properties.

In October of 2006, Scott Shockley of Defur Voran sent letters to all the residents of Layne Crest on behalf of Mr. Homer Bradburn, the current owner of the property. Mr. Bradburn offered Two Thousand Dollars ($2,000.00) to the property owners to vacate the restrictive covenants of the aforementioned property.

The letter almost threatened the property owners, stating: "If our client were forced to develop the property residentially, the only use that makes sense is a development of modular homes or rentals that are not the best use of the property and would DETRACT from the neighborhood. Moreover, construction of fifty or sixty homes would be likely to devalue your home because of the competition to sell property in the neighborhood."

The agreement itself states that "the Owner agrees to support and not oppose the rezoning of the Bradburn Property from R-3 Residence Zone to Community Business Zone or Major Trading Zone and agrees to sign all documents deemed necessary by Bradburn to accomplish such rezoning". The agreement does not pertain to R-5, even though Community Business zone permits all Limited Business use and Limited Business zone permits all R-5 use.

Of the 82 property owners that signed the agreements, 17 of the properties have changed hands in the last 5 years. If the agreement was offered today, it would not have the support needed to lift the restrictive covenants off of the Bradburn property.

You can show support for ANNA's activities through a general donation by clicking the "Donate" button above.